A power plant in Cheshire, Ohio. The mortality numbers for the Trump administration plan are calculated using a modeling system reviewed by the National Academy of Sciences.

Want climate news in your inbox? Sign up for our Climate Fwd: newsletter.

WASHINGTON — The Trump administration has hailed its overhaul of federal pollution restrictions on coal-burning power plants as creating new jobs, eliminating burdensome government regulations and ending what President Trump has long described as a “war on coal.”

The administration’s own analysis, however, revealed on Tuesday that the new rules could also lead to as many as 1,400 premature deaths annually by 2030 from an increase in the extremely fine particulate matter that is linked to heart and lung disease, up to 15,000 new cases of upper respiratory problems, a rise in bronchitis, and tens of thousands of missed school days.

Officials at the Environmental Protection Agency, which crafted the regulation, said that other rules governing pollution could be used to reduce those numbers.

“We love clean, beautiful West Virginia coal,” Mr. Trump said at a political rally Tuesday evening in West Virginia, the heart of American coal country. “And you know, that’s indestructible stuff. In times of war, in times of conflict, you can blow up those windmills, they fall down real quick. You can blow up pipelines, they go like this,” he said, making a hand gesture. “You can do a lot of things to those solar panels, but you know what you can’t hurt? Coal.”

Nevertheless, Tuesday’s release of the rule along with hundreds of pages of technical analysis for the first time acknowledged that the rollback of the pollution controls would also reverse the expected health gains from the tougher regulations.

A similar analysis by the E.P.A. of the existing rules, which were adopted by the Obama administration, calculated that they would prevent between 1,500 and 3,600 premature deaths per year by 2030, and would reduce the number of school days missed by 180,000 annually.

The Trump administration proposal, called the Affordable Clean Energy rule, would replace the stricter Obama-era regulations that were designed to fight global warming by forcing utilities to switch to greener power sources, but which Mr. Trump, the coal industry and electrical utilities have criticized as overly restrictive. 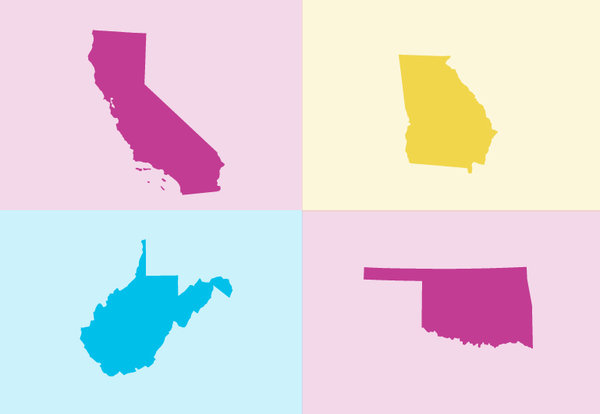 How Will the Clean Power Plan Repeal Change Carbon Emissions for Your State?

It all depends on where you live.

But the supporting documents show that the E.P.A. expects it to allow far more pollutants into the atmosphere than the regulation it would supersede, the Clean Power Plan.

The Trump administration has made deregulation a centerpiece of its political strategy, and the E.P.A. has led the charge. The proposed weakening of the rules on coal-burning plants follows a plan to let cars emit more pollution. Transportation and the power sector are the two largest contributors of carbon emissions.

The data detailing the health effects of the coal-plant rules is the product of a longstanding E.P.A. requirement that new regulatory proposals go through a rigorous assessment. But as the agency works to roll back regulations on industry, it has also taken steps to sharply restrict the way it uses data to assess its own proposals.

Critics say that these changes could make it more difficult to perform calculations like the one that the E.P.A. made public on Tuesday. As a result, the costs and benefits of sweeping new rules like these would be harder to assess.

The numbers in both the analysis of the Clean Power Plan and its likely successor, the Affordable Clean Energy rule, are derived from an intricate three-part modeling system that the E.P.A. has used for decades to calculate the benefits and drawbacks of pollution regulation. The premature mortality numbers used in those models draw from a landmark Harvard University study, known as Six Cities, that definitively linked air pollution to premature deaths.

Ultimately that study formed the backbone of the kind of federal air pollution regulations now being weakened. Today, however, the Six Cities study itself is under attack at the E.P.A.

The agency is considering a separate rule that would restrict the use of any study for which the raw, underlying data cannot be made public for review. The argument for the rule is that the research work isn’t sufficiently transparent if the data behind it isn’t available for analysis.

78 Environmental Rules on the Way Out Under Trump

This is the full list of environmental policies the Trump administration has targeted, often in an effort to ease burdens on the fossil fuel industry.

But scientists overwhelmingly oppose the move, pointing out that participants in long-term health studies typically agree to take part only if their personal health information won’t be made public.

If the E.P.A. finalizes that rule, it would restrict the use of one of the main pieces of research that ties pollution to premature death, potentially making it easier for future E.P.A. assessments of health impact to assign a lower premature death rate by instead using other research.

“What it would do is change the understanding of the benefits, or in this case the disbenefits, of a particular rule-making,” said Paul Billings, senior vice president for public policy at the American Lung Association. “It would exclude that important piece of information.”

The E.P.A.’s analysis of the new Trump administration plan does include premature death calculations based on studies that are considered less comprehensive than the Six Cities study. Those analyses start at the possibility of an extra eight to 25 deaths a year under Mr. Trump’s climate plan.

The E.P.A. didn’t respond to questions about its proposal to limit the scientific research used in its assessment.

At its heart, the administration’s Affordable Clean Energy rule will give individual states vast authority to set more modest goals and to regulate emissions from coal plants as they see fit. Critics assailed it on Tuesday as a shortsighted effort that could set back the effort to tame global warming.

“The Trump administration sees political value in this rollback, but our health and the economic promise of clean energy is at stake,” former Vice President Al Gore said in a statement.

Climate Change Is Complex. We’ve Got Answers to Your Questions.

We know. Global warming is daunting. So here’s a place to start: 17 often-asked questions with some straightforward answers.

Trump administration officials say the Clean Power Plan, in its effort to reduce carbon emissions, illegally tried to force electric utilities to use greener energy sources. The new plan, they said, would achieve many of the benefits sought by the Obama administration but in a way that is legal and allows states greater flexibility.

A former coal industry attorney, Mr. Wehrum said that the agency had the authority only to “regulate emissions from things that emit” and not try to direct the broader direction of energy development.

Andrew R. Wheeler, the E.P.A.’s acting administrator, said on Tuesday: “We are proposing a better plan. It respects the rule of law and will enable states to build affordable, clean, reliable energy portfolios.”

The administration’s proposal lays out several possible pathways that individual states might use for regulating coal-fired power plants, and what the consequences would be for pollution and human health in each case. In the scenario the E.P.A. has pegged as the most likely to occur, the health effects would be significant.

It is in that scenario where the E.P.A. estimates its plan will see between 470 and 1,400 premature deaths annually by 2030 because of increased rates of microscopic airborne particulates known as PM 2.5, which are dangerous because of their link to heart and lung disease as well as their ability to trigger chronic problems like asthma and bronchitis.

The Trump administration analysis also found that its plan would see 48,000 new cases of what it described as “exacerbated asthma,” and at least 21,000 new missed days of school annually by 2030 because of an increase of pollutants in the atmosphere.

Mr. Wehrum acknowledged Tuesday that there would be “collateral effects” on traditional pollutants compared to what the Clean Power Plan might have achieved. But, he said, “We have abundant legal authority to deal with those other pollutants directly, and we have aggressive programs in place that directly target emissions of those pollutants.”

Trapped on an Island With Wolves, the Only Way Out for These Caribou Was Up

Trump’s Infrastructure Plan May Ignore Climate Change. It Could Be Costly.